Introducing One of the Most Famous Professional Volleyball Players - Giba 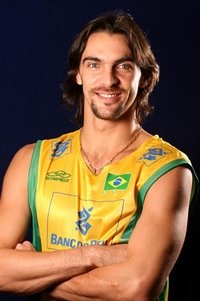 This superstar’s full name is Gilberto Amaury de Godoy Filho, but he is much better known as Giba.

Giba is not only an excellent professional volleyball player, but also has passion, energy and charisma which make him lovable by the volleyball fans – and the power to inspire the whole Brazilian team to play its best.

Giba is not very tall (192 cm) for a volleyball player, but replaces the height with his quickness and astonishing athletic ability. He is arguably one of the best outside hitters (wing spiker) in the world.

Giba has been a key member of the Brazilian volleyball team, the World and Olympic Champions who have dominated the sport in this decade and won nearly everything since the year 2001.

Giba played his first Olympic Games in Athens 2004. Athens was a special defining moment in Giba’s life; Brazil won the Olympic Gold Medal and during the Olympics Giba’s first daughter, Nicole was born.

Giba has been crowned the Most Valuable Player in 2004 Olympic Games, 2006 World League and 2006 World Championships.

For the 2007-2008 season Giba signed a 3-year contract to play professional volleyball in Russia after playing several club volleyball seasons in Brazil and Italy. He represented Iskra Odintsovo, a club team in small Odintsovo town near Moscow.

Brazilian volleyball team has been nearly unbeatable in 2000’s and have been a clear favourite in any tournament they have been playing in.

A new generation of Brazilian volleyball players accompanied with Giba have been taking over their National Team after the Beijing Olympic Games – therefore keep in mind to enjoy great volleyball of Giba - he will be not there forever. London Olympic Games is most likely the last opportunity to see Giba and a couple of other players of one of the best and most successful volleyball teams in action. 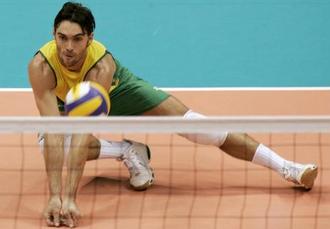 Despite the fact they are expected to repeat the Athens success in Beijing, Giba stays very modest:

"I already have one Olympic gold medal. I just do my best."

Also according to his motto Giba seems to be very modest and humble:

“My lifetime motto is to learn as long as I live.”

“In the Brazilian national team we have a group of about four, five players who are in their thirties and have been together for years. And still, every time we step on the floor to practice or play a competitive match, we learn something new, striving to improve our play further.”


“Yes, he is a very spectacular player the way he plays. I could say that some of his moves are beautiful the way he does it. He's a wonderful athlete.” Brazilian head volleyball coach Bernardo Rezende.

"Giba is the type of player that when it's a big game, a big event, he's always ready." Coach Rezende

Quick Facts about Giba, one of the most famous volleyball players 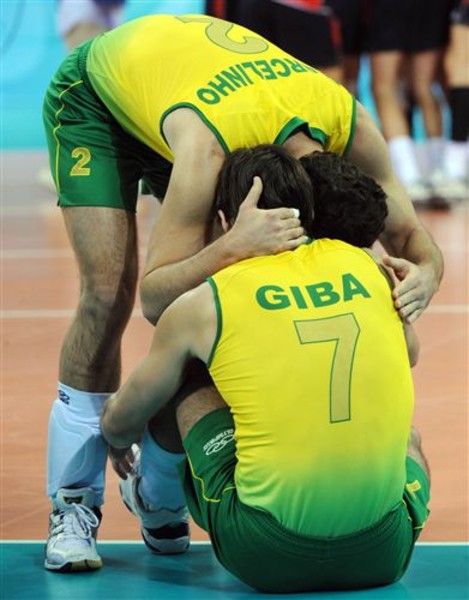