Volleyball Positions on the Court

To keep things simple, imagine there a pair for each player on the court - players form "couples". 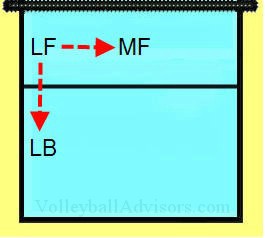 How to measure volleyball court positions between two players?

Now look at the picture above or the picture below – these following rules has to be followed:

To keep things legal on the serve moment, position 4 player (LF) needs to be placed 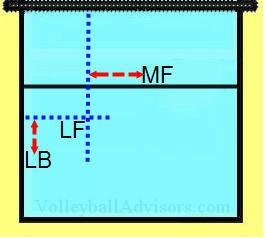 The following pictures show you how those “couples” should locate themselves to the court. 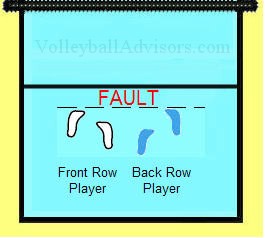 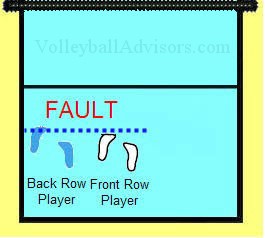 Fault. The reason why: Back Row player is in front of the Front Row Player. 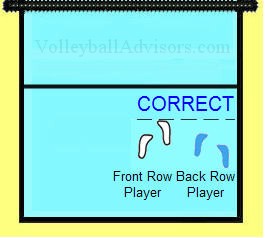 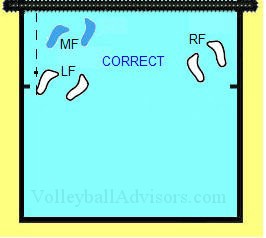 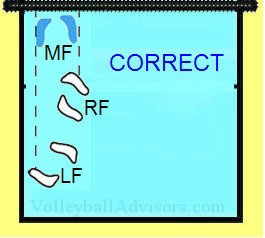 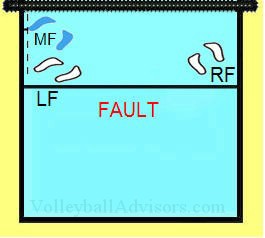 Fault. The reason why: Left Front player needs to be on the left side of the Middle Front player. 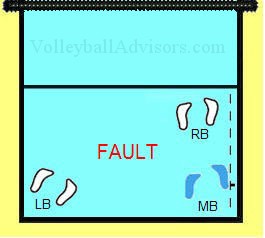 Fault. The reason why: Right Back player needs to be on the right side of the Middle Back Player.