Collection of volleyball cheers - blocking cheers, ace cheers, spiking cheers - that can be used by the team between the rallies.

Plus some cheers that are used by the crowd during the rallies.


Volleyball Cheers During the Rallies 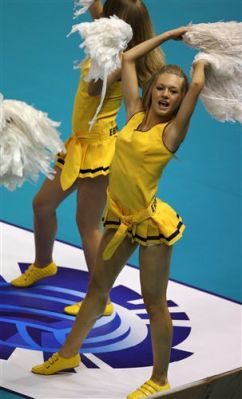 In some countries a common way to cheer in the volleyball games is to cheer “one”, “two” and “three” during the home team’s offense. In other words the crowd counts..

It sounds nice and definitely different cheer than in other sports.

Just don't twist your tongue, if the setter decides to set a quick set to the middle hitter :-)


Variation 2 During the Rallies

Another variation for it is to call initials of your school or team, if it happens to have three of them. For example the school is CMS so the crowd yells.. 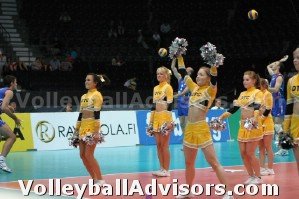 The crowd can do it even on every play. It is easy, fun and helps to get the crowd into the game.

If your school happens to have four letters, you can call the fourth letter when the balls hits opponent’s court.. 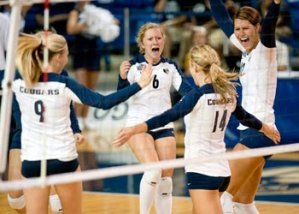 If opponent shanks, you can do the following chant:


(followed by slamming your hands down to the floor.. or imitating a block.. and pronouncing..) 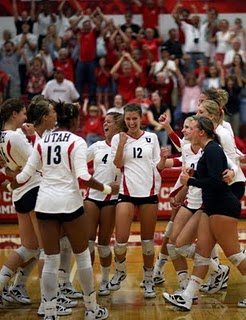 (all players get together in the middle, do the blocking motion, then make a really deep noise..)

“You try to get
All in our space
We slam that ball
Back in your face!” 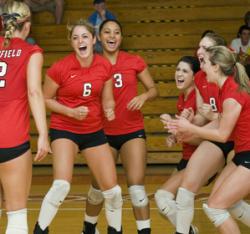 You better duck
You better hide
‘Cuz (server’s name) is serving to your side.

If you are winning points in a row..

Team itself, cheerleaders or the crowd can use these to raise the spirit of the team before the match: 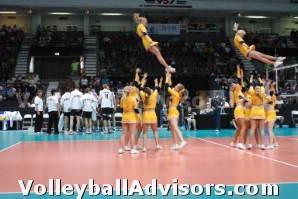 To see more cheers and chants, go to