Volleyball 6 2 rotation - How to Line up? 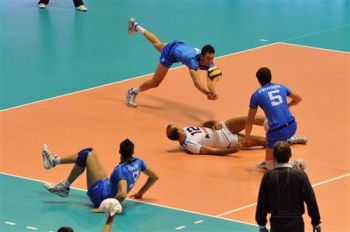 In addition to 5-1, 6-2 volleyball rotation is the most common line up in volleyball.

You’ll find simple explanations how to line up for 6-2.

And information about positions where players should move after the serve.


In the text we talk about rotational positions and playing positions.


What is a rotational position?

From rotational position (Zone 1, Zone 2, etc) the player is allowed to move to the playing position (middle blocker, right side hitter, etc) after the serve when appropriate.

Most often these rotational positions are being called..


On the following picture there is one usual line up when using volleyball 6 2 rotation. 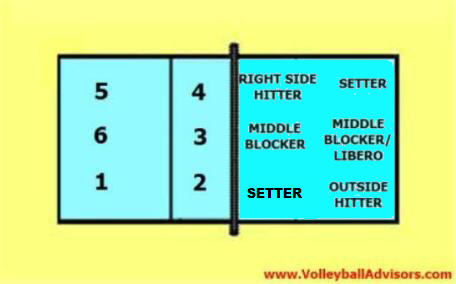 This is not the only way to line up. Once again, there are not one right way to play volleyball – you may see coaches using different formations.

The basic idea behind volleyball 6-2 rotation


What rotational positions players move after own serve or serve receive on volleyball 6-2 rotation?


Where do the players move when appropriate?

Other players positions are naturally..

Notice that many leagues in United States allow unlimited subs, so the setter is often replaced by an offensive player when entering the front row. Therefore volleyball 6-2 offense is more popular in United States.

In international volleyball substitutions are limited, so the system of two setters is not being used as much.


How to Use Rules to Win More Points for You?


Check out these rules of volleyball cases, which teach you to win more points on the court.